The Stoned Theory Of My Own Destruction

What You Need To Know

The Stoned Theory Of My Own Destruction is adult picaresque that immediately plunges the reader into the dark, seamy side of life for twenty-nine-year-old Ray, whose troubles with hallucinogens and struggles with schizophrenia lead him down a crazy path where he has to deal with reality and face his dysfunctional family. The novel will be released in the future.

“I think you've got something really interesting here. The drug-addled stream-of-consciousness viewpoint is ambitious, but when it works it's very effective -- almost visceral.”
(The Editorial Department, Jane)

“As the novel stands it is mesmerising. The almost pure poetry that the author uses helps elevate this novel to a higher level than just a story of a crazy person on drugs.”
(Beta Readers, Alison)

“The book is interesting to read. It’s tone is almost like Kerouac’s and rewarding to persist through.”
(Beta Readers, Justin)

“I found the story profound. I can honestly say that I have never read anything like this and I will remember it for a very long time to come.”
(Beta Readers, Robyn)

"I finished reading your novel. What a tour de force! The last quarter of the book was brimming with excitement -- well worth the read."
(Raymond Findlay)

"Ray's narrative voice similarly has a lot of energy and Ray's personality is entertaining and enjoyable. Although he is miserable and suffering in many ways, he has an ironic verve and a great sense of humour about his situation and the people around him and the unfolding events. Ray's an engaging character and the narrative voice has a lot of charm."
(Jonathan Ball) 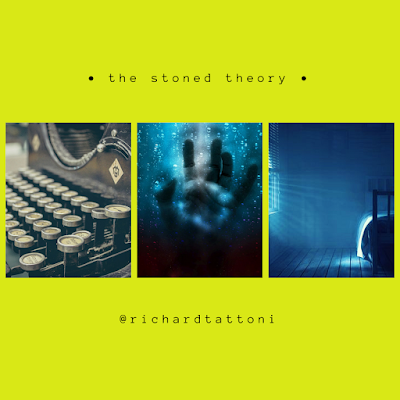