The Midnight Traffic Report No. 3

It was mid-afternoon and Wyatt would walk to a cool conservative saloon on Ronald Reagan Way. Nancy’s Bar and Grill was one of his usual pit stops after a long day at work. The air conditioning was cranked and the young man almost felt cold sitting alone.

He sat in a corner booth with his new book and a bottle of local beer. If he thought the book was only forty pages long, the naive traffic man would've been wrong. Flipping through hundreds of pages, he appeared stunned, but found one long poem. It was the most that he had ever read. Wyatt slowly started to read The Highwayman and the nice poem struck a chord with the young and lonesome reporter. It was like there was a love knot between Wyatt and the poem. It was like Wyatt understood the “Highwayman.” Following that day, he would read the poem in the morning, after work and always before going to bed. Sometimes he acted out scenes while alone in his spare time just for fun.

After he exhausted himself reading the same poem obsessively, he was desperate to integrate the poem into his wildly informative highway traffic report performances. Wyatt transformed into the highwayman, and he vowed to ride off into the sunset. One day he would go riding, riding, and ride north on a long highway heading all the way to Canada. After changing out of his cowboy uniform for a final time, Wyatt dressed into jeans and a red shirt before his report. “Howdy folks! There’s a traffic bottleneck southbound.”

A producer whispered in his ear. “Where’s the cowboy uniform?”

“I hate my work uniform. This town is nothing but boots and spurs.”

The short-haired woman yelled, “No.” She was visibly mad. “Shut the hell up! We’re throwing to a commercial.” She cursed under her breath.

Wyatt would start to speak Canadian with his camerawoman. “Turn off the camera, eh. You need some bacon. Go play hockey with Guy LaFleur.”

“Okay, Wyatt.” She responded uninterested in any of Wyatt’s nonsense.

“Eh, don’t you understand the Canadian language?” He spit on the floor.

“I don’t give a damn. I don’t want to work with you.” She was repulsed.

“I’m gonna throw away the old cowboy uniform for a winter coat made of Saskatchewan sealskin. I’m putting on a red trucker’s hat and going riding, riding off into the sunset.” Wyatt smiled like he had just won a prize fight.

The angry manager of the community channel walked into the studio. He was overweight and sweating. The middle-aged man was wearing a small cowboy hat and chewing tobacco. “What the hell is going on around here?”

“Well have fun riding, riding, riding. And don’t come back.” The manager knew that the kid had talent, but his focus was off and dead air would have been better than broadcasting mad traffic rants.

“I don’t need Wheelerville. I’m going riding, riding on a bus northbound to Canada.”Wyatt was ready to pack his bags. “Oh, I do so know how my camerawoman will miss me; but I must go riding, riding.” Revealing a half-smile, he clenched a bus ticket, looking nervous but insanely happy. The bus ticket had been sent in from a fan of the channel. It was a free ride out.

Before exiting the old studio, Wyatt exclaimed “The highway is for riding, riding, riding. And now, I’m off to where the wind is a torrent of darkness among the gusty trees. And this has been Wyatt McReynolds reporting.”

He would finish a tirade and storm out of the studio, tossing Bessie out on the sidewalk in anger. He wasn’t going to need his lucky lasso anymore. His bags were packed and he stood at the bus stop waiting and flipping through pages from his big book of classic poems. A Greyhound bus stopped for the patient traffic man. He boarded the bus. The driver smiled at Wyatt, closed the bus doors and put her foot down on the gas pedal; and rode off into the sunset down a long lonesome highway paved with goodwill, good intentions and good dreams.

Posted by Richard Tattoni at 3:32 PM No comments:

The Midnight Traffic Report No. 2

The teenage years slipped away from Wyatt. He had barely finished high school, but would never miss a traffic jam at the community channel. His hard work paid off as he would report some of the finest traffic collisions in Texas history.

One day, he was riding into work, but when he went to dismount and strut into the community channel building, his manager came flying around the corner. "Whoa," he hollered. Absentmindedly driving in to start his day at work, the manager hopped a curb and crashed into Bobby Joe, causing major internal injuries. Wyatt lost his prize-winning horse and went on to do the traffic, but cried at work that day. His camerawoman and manager laughed at him for being a big baby. The traffic man was left with a bitter taste in his mouth. It was never the same.

Wyatt continued his traffic reporting career; but his heart wasn’t in Wheelerville, and he never followed directions from his TV producer. Sometimes he could be heard sulking in the corner of the studio, whistling a depressed country tune.

It was a hot and humid summer afternoon in Wheelerville and Wyatt had finished reporting for the day. “And that’s the traffic in your neck of the woods. I’m going to Marilyn’s Mercantile.”

The stout woman quickly turned off the camera. “See ya tomorrow.”

“Have a good day,” he said and walked away with proud confidence.

The blue-eyed wrangler took off his cowboy hat. He sighed, brushed his gorgeous blonde locks and admired his hair and tight abdominal muscles. His stunningly handsome good looks were the trademark of traffic in Wheelerville. All he could do was admire his lean and well-toned body in one of many mirrors around the modest studio with historical appeal.

The 21-year-old would enjoy talking to himself, “What are you gonna do?” His mom was concerned about his attitude and she encouraged him to take up hobbies or try reading more. After the shoot was over, he feverishly talked to himself, “I’m gonna have myself a tuna fish sandwich and buy me my first book.” It was all about him and he loved to admire his fine acting chops.

Wyatt looked very hungry. He walked out of the studio room and proceeded out the back door of the friendly building. Slowly walking towards Marilyn’s Mercantile, there was drool coming out the side of his mouth, but he didn't know and couldn't wipe it away to save face. There were beaded lights shining on the shop entry doors that greeted him every day. After ordering his usual tuna fish sandwich, he browsed up and down the aisles of the half-empty shop. There were so many books. There were so many fashion magazines. Wyatt was very familiar with magazines. He loved to flip through the pictures of attractive women in advertisements of hip fashion magazines. Gazing at the top shelf, he looked at a book of poetry by Robert Frost. His eyes widened, undoubtedly remembering that being read to him in seventh grade. “I’ve taken that road before.” His mind was preoccupied.

A middle-aged woman turned around, looked at him and took note of the young man. The lonesome traffic reporter read the title to a book singing to him out of the blue. The book was called Forty Singing Seamen And Other Poems and the book almost cried out to him. He grabbed the book by Alfred Noyes and stood in the checkout line, but he was uncertain it would keep his interest and he wondered if this was the first book he would read. Giving up the internal debate, he bought the book and walked out of the store. He was desperate to give the book a good home. 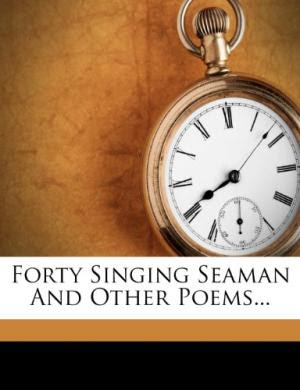 The Midnight Traffic Report No. 1


Wyatt A. McReynolds was hired in the Fall of 2001, after signing a handsome contract. Soon the traffic reports were a staple of very early morning satellite television spreading across the Canadian Prairies. Traffic was kind of a big deal in the wild west. The station needed endless hours of live programming to fill time slots and they needed voices to track miles of endless roads.

Wyatt enjoyed three square meals a day. His breakfasts included cereal and a banana in the morning. He savored a nice tuna fish sandwich for lunch. Wyatt loved a good hot dog for dinner and indulged his sweet tooth with a Mr. Big chocolate bar when nobody was looking. The talented, keen traffic reporter aged gracefully. A better than average man in his late fifties with no grey hair, he had ambition and a boyish smile. His mother’s genes played a part in his youthful appearance. As he reclined in the chair of his office on the eleventh floor of The Traffic Channel building, the dead silence from his 500-square-foot office was an eerie silence that would cause any man to reflect on his life.

First reporting traffic at the age of eleven in the small room of his beloved mother’s tiny apartment in Wheelerville, Texas, Wyatt found his call of duty. His mother was a Czech immigrant. He spoke fluent English, but sometimes he spoke Canadian or a little Czechoslovakian in his spare time. Looking out the small window, he whimsically called out the traffic moving through the city, building excitement as rush hour rattled on. Soon after, Wyatt took his reporting to a community channel; and even though he was just a kid, a manager saw his talent at calling traffic almost before it happened. He would always report the early morning traffic wearing a cowboy hat, red vest, blue jeans, a big belt buckle, red boots and spurs. He even carried his lucky lasso, named it Bessie, and kept it lashed on tight to his waistband, while reporting traffic across northern Texas. The man had a few gigs and non-paying cameo appearances in rodeo reports on the community channel, but his strength was the road. The youthful traffic reporter could be heard in a hysterical fit of laughter. “Yee-haw, it's another fine day to giddy-up and go driving!” At a young age, his passion for working early mornings was contagious. Sometimes after laughing on camera, he was heard deep into the night. “And now let’s look at the exit ramp.” The sound of his cackling carried on beyond midnight.

Wheelerville’s community channel was located in the downtown core of the town. The small red brick building was situated between two huge high-rise buildings and dozens of shop houses running along Ronald Reagan Way, a busy street and a major commuter artery.

Most of his breaks from work would be spent at Marilyn’s Mercantile. The small, quaint department store with a pop stand and historical feel could be found beside the small community channel building. It was just one of many shop houses along the bustling street. The young man also spent some of his time at a local horse ranch at the edge of town. Bobby Joe was his black mare and best friend. 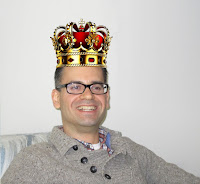