Beyond The Bills Or Chemistry Or Acid Flashbacks

First Bill: What Should Bill Clinton Be For Halloween?

The road to tyranny begins with the destruction of the fucking truth. Truth varies from person to person. As president of the United States, Bill Clinton once said, “When we got organized as a country and we wrote a fairly radical Constitution with a radical Bill of Rights, giving a radical amount of individual freedom to Americans, it was assumed that the Americans who had that freedom would use it responsibly.” Bill Clinton handled his extra-marital affair responsibly and he’s gone the extra mile practically endorsing Donald Trump. Hillary Clinton is running for president and every cunt wants to see Bill as the First Man of the United States. A First Man currently doesn't exist, but it should if the Theory of Evolution was true. Darwin observed the pattern of evolution and he would've been fucking fascinated with Bill Clinton.

How will the Clintons celebrate Halloween? Bill Clinton might choose to dress up as Bill Cosby for Halloween. Over 40 women have accused Bill Cosby of sexual misconduct and only the future First Man understands this and wants to take on the role. There needs to be a motherfucking movement to prevent another Industrial Revolution. The next uprising in industry will happen soon. From politics to going mental, there ain't much choice.

Global Warming will kill everybody if we don’t stop the madness. Acid rain is going to get worse and the floods will motherfucking drown us. Al Gore needs to make a sequel to An Inconvenient Truth. It’s an inconvenient truth that Bill Clinton could co-star with Al Gore in the movie. If Bill Clinton does dress up as Bill Cosby, why doesn’t Al Gore dress up as Bill O’Reilly for Halloween, so we can get the motherfucking facts? What does it matter? How's Hillary doing? Hillary Clinton needs to dress up either as a district attorney or a chemist or a plumber and pay the motherfucking Bills. Does pH matter when you flush the toilet? I'm going to take a shit whilst listening to Phish. 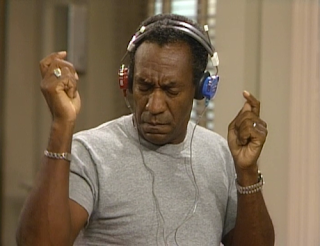 In chemistry, pH (/piːˈeɪtʃ/) is a numeric scale used to specify the acidity or alkalinity of an aqueous solution. It is the negative of the logarithm to base 10 of the fucking activity of the hydrogen ion. Solutions with a pH less than 7 are acidic and solutions with a pH greater than 7 are alkaline or anything fucking basic. Beyond chemistry, make sure you Google search phubbing and use the ph instead of effing fubbing and don’t give yourself a PhD and call yourself Dr. Huxtable and go fubbing for fun. I’m not a doctor and I’m not going to take credit for inventing words like phubbing or fubbing, but they’re real fucking problems in American culture. The Washington State Cougars are not that good at football, and don’t be fooled after their victory over the Oregon Ducks, but that’s not the motherfucking problem. The Cougars screwing around with younger men are a real motherfucking problem.

Oregon schools preparing for the Civil War simply unavoidable; but the serious goddamn problem happening in schools can be seen or unseen with students suffering from mental illnesses, abusing psychotropic drugs and taking non-prescription drugs. In the aftermath of the crazy draw-down in Afghanistan, Americans are celebrating a war lasting almost as long as the Civil War college football game rivalry in Oregon. The Civil War started with the first bullets fired recently according to news. Why wasn't the shooter targeted? We need to second guess the victims of the shooting. They didn’t act fast enough and fight back in the face of bullets. They could have rallied against the shooter and tackled him to the motherfucking ground. I should have fought back against my demons to prevent the death of Tuesday. 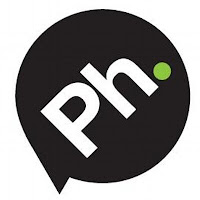 Where is Tuesday Alvarez? Have I lost Tuesday to drug-induced flashbacks? Tuesday’s Gone, Lynyrd Skynyrd (pronounced 'Lĕh-'nérd 'Skin-'nérd). I put the son-of-a-bitch down. It was late Tuesday night when Tuesday Alvarez sent a text to my cell phone. It said “Meet me at the Burger King parking lot.”

I knew then that my business wasn’t finished with Tuesday. Firing him from Lionheart Enterprises wasn’t enough. I put leashes around three Doberman Pinschers. I named them Adolf Jr., Hanz and Franz. I said “Adolf Jr., Hanz and Franz, we’re going for a ride.” I was mad as hell about Tuesday. I loaded the dogs in the truck and drove out to the parking lot to meet Tuesday. When I got to the parking lot, I parked my Ford F-150 full-size truck beside his Honda Civic and got out with the dogs still on the their leashes.

“I thought you committed suicide, but you’re still alive,” I said and stared at him. “I never liked you.”

Tuesday looked scared and confused. “Fuck you,” he said.

I took off my cape. I was shaking with rage as I clenched my fists in anger. Tuesday weakly tightened his fists. I knew it would come to confrontation. I turned to the Dobermans as they growled. I released the hounds. Tuesday’s eyes opened wide and he opened his mouth again, but it was too late and everything happened really quickly after that. The dogs rushed him and went into attack mode and lunged at Tuesday’s face. Hanz got him by the throat and killed him in an instant. Adolf Jr. and Franz began eating his body.

There was blood everywhere, but Tuesday never got a chance to scream for help. He was dead faster than he could react. That’s how fast it happened. The last thing I remember was strangling him with my two hands while drenched in blood after he was already dead. My Central Michigan Chippewas T-shirt and cape were soaked with blood. My hands started slipping around his neck from so much blood, oozing out of him. I will always remember Tuesday. I didn’t really want it to happen and it’s actually harder to pay the bills these days. It kind of fucks up my calendar whenever it’s Tuesday, but shit happens.

Hello. My name is Johnny Electric.

Posted by Richard Tattoni at 7:41 PM No comments:

Top 11 Songs Russians Are Listening To This Thanksgiving 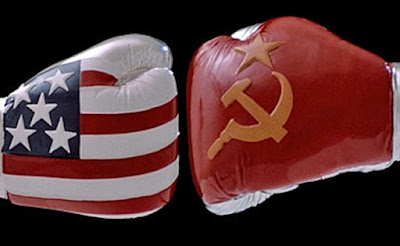 Here are the Top 11 Songs Russians Are Listening To This Thanksgiving: 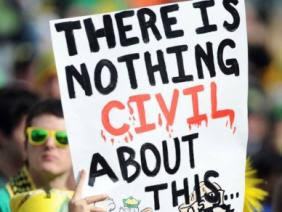 Posted by Richard Tattoni at 9:25 AM No comments: