I Want To Be Your Halloween Man-Witch 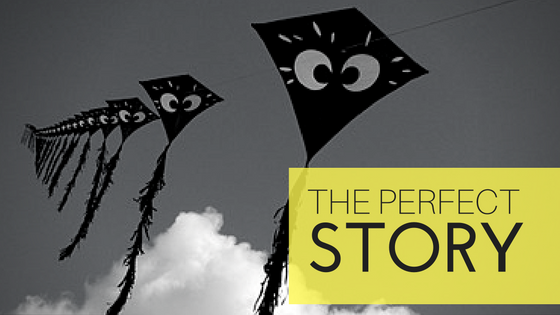 Boo! Did I scare you? Flying kites multiplying and taking over the dark sky not terrifying. But be afraid, I write dark fiction not horror. Stephen King got his big break from writing horror. I won’t be getting a big break from The Great Beyond and writing dead, but Pen Name Publishing might release Beyond The Blue Kite.

If I had a broom, adjusting the broom between my legs, I'd fly away as your man-witch from hell. My destination would be Oz or Wonderland or maybe the shadows of heaven. It would make the perfect story and it would become crystal clear that some of the best witches are men or women or transvestites. A love affair between me and the dark side of fiction -- it's not that I want to fly into Oz and fall on another witch after she takes a liking to my storytelling. I'm sitting here, beyond acid flashbacks or nervous breakdowns, thinking more about talking truth on writing dialogue or the discipline of writing daily with French Press Bookworks Author Roundtable.

I was going to write about witches and ghosts and goblins, but then I didn’t.

I was going to write about fantastic fantasy, but then I didn’t.

I was going to write about mystery, but I’m already writing it. 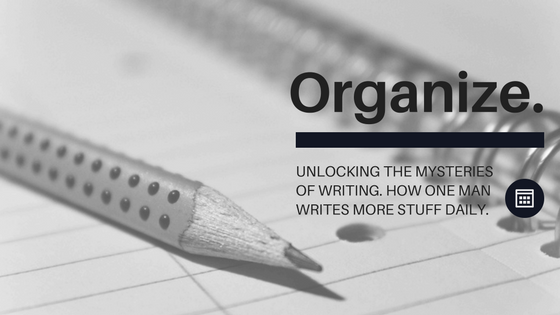 Organization is the key to unlocking the mystery on how to write more. Find a way to organize your writing, then write more, one step at a time. The discipline of writing daily comes from deep within the pure or impure soul. It usually starts slow or fast, but it has to start somewhere. Six pages into Chapter 10 of Lionheart Leaks, but then I stop and hit a wall. Twitter takes over. I’m out of control and I’m tweeting like a mental patient with WiFi privileges. I’m starting to get more ideas from the craziness, and imagination is spewing from every time of the day. What if Lionheart Leaks alternative title is The Death Of Terrestrial Radio (in endless parts). What is Terrestrial radio? In broadcasting, it’s any electronic devices designed to receive, demodulate, and amplify radio signals from sound stations. It only gets harder.

WIFE: Stephen King schedules time to write every day and writes six pages a day. You need to do write daily as a discipline.

ME: I hate Stephen King. 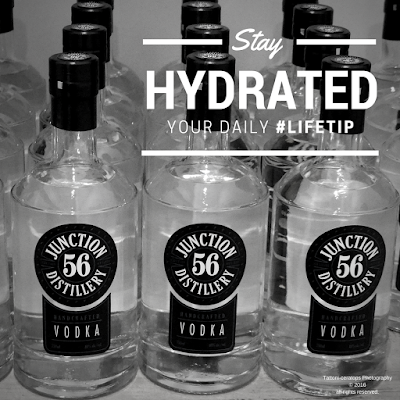 Drink good. A great big blast from the past, feverishly writing pages of poetry and I’m not sleeping on the couch in front of the laptop, but I’m writing, drinking and sleeping before writing and drinking more. I rely on the ageless life tip of staying hydrated as the best writing tip and advice. Something like this:

Heavy metal is made here,
where we’re under a rock
from a cave
somewhere,
but nowhere I can reveal.
I can only make you hear.

Put a blanket on my bed
and drape it over my head.
If you don’t know what I’ve said,
It’s because I’m speaking a dialect of Navajo.

King of the foreign tongue
lost in translation
from illusions
of delusions
of darkness.

Madness deepens and overwhelms
a deeper desire of hate.
Only profound sadness
and inner voices
screams words
nobody hears.

Headaches fill the dark hours
raging only in my mind.
You can’t smell my onion-stained breath,
since not speaking
or shouting a word.

I try to resist madness,
only to hear nothing --
beyond belief
to cry
from sadness.
Hail
a tissue from my face
wiping tears,
wiping fear.
I want to write
to the mighty
mouse. 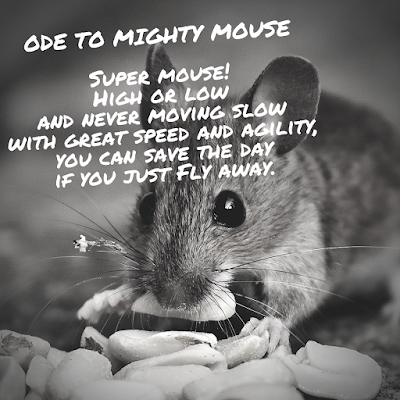 Posted by Richard Tattoni at 4:36 PM No comments:

Where The Hell Do We Go When We Die? 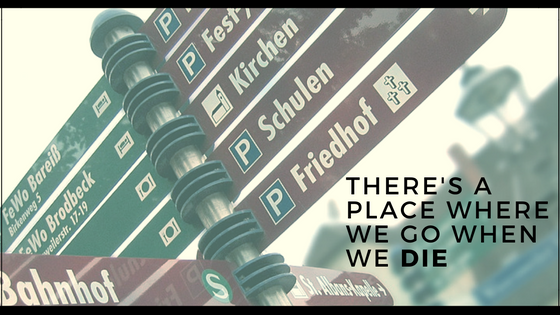 Nazi Germany? Or St. Petersburg, Russia? Or Syberia? Probably not. We’ll go somewhere where there's no pain. It’s somewhere greater than The Great Beyond. There’ll be truth. Trust me. And real fiction from wonderful worlds of make-believe bringing us new characters and imagination.

His name is really Peter Cannonball and he died performing a cannonball onto cement. We regret to inform you that poor Peter missed the pool. Let’s say Peter wasn’t Christian and practiced Atheism with his loving family. Does Peter still go to Heaven or Purgatory or Hell?

Probably Heaven not Purgatory nor Hell and the after-world is a mystery. Jesus Christ kinda freaks me out, because he wanted to die (maybe he believed in suicide). Or Jesus God, I believe in it all.

I don’t want to be experiencing Acid Flashback No. 67 in the end. I don’t want the coroner to report bad make-up causing my creepy inevitable death. I don’t want to be dressed in a clown costume. I don't want my final meal to be a plate of the freshest mushrooms from the grocery store. Suddenly I'm imagining myself choking on the biggest, juiciest mushroom. 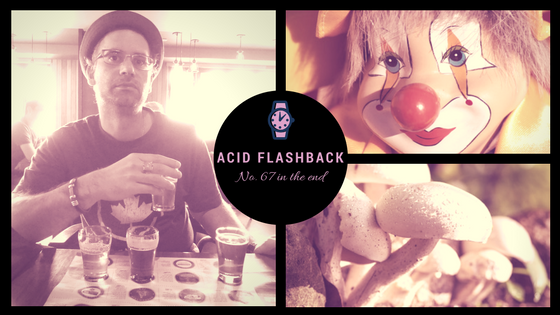 Shrooms? Aliens? Spaceships? Is that a fucking UFO? I’m coughing badly, sick from this blog and I can hear strange noises coming from outside. I’m looking away from the computer screen and out the window, and now up into the sky. No, it's the giant fucking Moon. And it’s getting bigger, man. It’s a bright, giant Moon, but there’s also darkness. I’m trapped in self-sorrow, self-pity, tripping out -- and there’s a world of wonder to share. Then I mess up my hair and a nose hair is out of place. Then everything just stops -- and everything just freezes slow and beautiful and crazy ugly.

I don’t want anybody to mistake me to be the second cousin of Rob Ford in the end. There will be no mistake about it, everything goes to the Queen when I perish from this brown, ugly world. I’m giving everything I own to Her Majesty. It’s my choice. I don’t have all the answers, but this is not a friendly, vibrant green world. It’s a confusion of colours closer to brown (and the colour of the ugliest sweater in the ugliness of a white winter stuck in the depths of February somewhere in the Yukon).

From Canada to Cold-FX.
From America to a giant germ,
Genital herpes, a cold sore of the heart
Beyond Skyping your politics
Of Thanksgiving in October
Or Thanksgiving in November
And feeding your bloated head
Like Alice stuck in Wonderland.
Nevermind Nirvana
Never played in the Yukon
Or for sexy teen robots
Now dead
In HTML.
If this is totally off the wall,
Just imagine cold death
From Jefferson Airplane
To Jefferson Starship
Building cities
Of robots in the Yukon
With Courtney Love
Dancing madly
As a GIF.

Is death like sex with a hot robot? Imagine getting stuck in a wire and screwed forever. But maybe there’s something magical about death, like listening to insanely sick beats infused in thrash metal from Anthrax to Megadeth.

Celebrate life before and after death. Celebrate somebody who just changed their last name to October. Imagining Gary October as the creepiest jazz musician playing hits from his unleashed rare version of Autumn Cravings would be cool. Now imagine Gary October playing your funeral ceremony. A month when we least expect it, everything will come to an end. Who knows when we’ll go, but wouldn’t you want to go out to Gary October playing his jazz in a beautiful garden where the flowers never die? Some might call it heavenly, others might think it’s crazy, but have you planned your end? The Doors have their version of The End. Sometimes a show ends or sometimes a course or career or life ends. Sometimes it happens later and not sooner or vice versa. Right now, I’m imagining the sounds of Gary October and it sounds new like nothing I’ve ever heard before, and that’s how I’m imagining death. Death is something new like you’ve never heard and force yourself to hear. It’s nothing to fear, and it’s something you might find cool and play over and over again, because it’s always new and something magical. Death is stupid, but it might be far, far better. Trust me. I’m writing this for The Great Beyond.

Peace.
Posted by Richard Tattoni at 12:54 AM No comments: