Check out blogs happening around you for Traffic History Month!
February is Black History Month, but few know that we also recognize Traffic History Month. The traffic remains black and white for young adult motorists. The evolution of traffic lights, high-tech cameras and enforcement make good roads safer. The issue of safe driving needs more energy to strike a chord in the hearts and minds of sober drivers whenever taking to the open road. How Is The Traffic On Brant Street? And why is it important to preserve the highest values of road safety? It's important because following the rules of the road can save lives and getting daily updates on road conditions can keep you informed. What if traffic means many different things to many different people. That's alright. There literally is good traffic and bad traffic, but don't judge and keep Truckin' on.

traf·fic
ˈtrafik/
noun
verb
Traffic History Month includes celebrating road construction. Without new work to roads, there would be potholes everywhere. The month wouldn't be complete without recognizing your local traffic channel and traffic man or traffic woman delivering the goods. The Midnight Traffic Report could really actually happen in theory, so just be grateful you're not stuck delivering traffic at some ungodly hour of the night or early morning. There's a new short story connecting you to the industry and the world of traffic:
Happy Traffic History Month. Please drive safely.
Posted by Richard Tattoni at 4:09 PM No comments:

The Midnight Traffic Report No. 4

The bus driver drove fast and furious. Wyatt read and whistled a tune about Saskatoon while midnight passed. The bus would truck on, driving straight down highways through the Great Plains. When the traffic man gazed out the back-of-the-bus window, he observed the endless road and a little house on the prairie. There was no TV on the bus, only memories he had spent with his mom watching the old show starring Michael Landon, a television legend that graced the cover of TV Guide 22 times.

“Halleluiah! I’m on a highway to heaven.” Staring out of the window at the open, flat land from his seat inside the bus, Wyatt was free for the first time. He was free, not worried about the end of traffic.

The bus stopped at the border. There was a wait time for entry into Canada. Wyatt would appear nervous as the menacing, stiffly uniformed guards at Canada Customs lined up the bus passengers to interrogate them. When asked what he had to declare, Wyatt declared the poem by Alfred Noyes and read The Highwayman to the Customs officer. Customs had no idea how to react to this kind of character, but the bus driver helped the handsome young man. She turned to him, would give him a stern stare and shout, “Wyatt, mind yourself. We ain’t in Texas anymore. No more reading. Ever!”

“All the world’s a stage.” Wyatt nodded to her slightly after standing up tall.
She ignored him. “We got nothing to declare.” She helped sort out the issue between him and the officer and explained that Wyatt only had two carry-on bags and nothing of value to declare. Wyatt sat back down and listened to his Walkman playing country music. The bus took off, only to speed off out of sight. The bus and all of its passengers made it across the border into Canada. The woman driver rode down the highway faster and more furious. She continued north and told the passengers, “It sure ain’t Texas. Y’all better be good Saskatchewaners. Next stop, Saskatoon. Make sure y'all buckle up.”

The Greyhound arrived in Saskatoon. There was a small town feeling, big town pulse. When the driver let out her passengers, Wyatt was last to leave the empty bus. The driver tipped him about a new television station.

He looked at her intently and gave her a strange response. “Tlot-tlot.”

“Wyatt, I know you lost your horse. I’ve seen you on TV,” she said. “You deserve better.” There was a tear in her eye. The emotional journey had gotten the best of him. He flared his nostrils.

“Never rode a better horse.” The man had taken the ride to the end of the road and found a new place to call home.

The driver nodded and winked at him. She had dark curly hair and chocolate brown eyes. She wore tight black jeans and a red leather jacket, covering her sumptuous curves. "The name is Bonny."

She would kiss the charming traffic man on the cheek. Wyatt winked at her and then smiled to express his gratitude.

“Thank you, my sweetheart. Watch for me,” Wyatt said “I’ll be checking the traffic for you, before you roll out to start your next route.” Taking off his trucker's hat and putting on a cowboy hat, he was ready to tackle the world. There was nothing stopping him from the dream job that he always wanted.

“I’ll watch for you by moonlight,” she said after noticing a twinkle in his eye.

Mr. McReynolds stepped out of the bus onto a deserted road. He stepped out into the crisp night-time air near a cozy and quaint Prairie Inn along the gravel road, where he expected nothing less than a good meal and a warm bed. There was a chill in the air, but he looked up and down the road with confidence, knowing this was his time to shine. With a big wad of chewing tobacco in his mouth, spitting on the side of the road, nodding his approval, he started walking one mile north. He knew that he was in a lovely Canadian province, where he would settle down in a Prairie Inn and begin a new life. He'd learned a lot over the years, but he never forgot his roots. Similar to the mad enthusiasm of earlier years, Wyatt showed up at The Traffic Channel the very next day and showed the Canadian company how a talented traffic reporter should act. Similar to successful years earlier in his life, he was hired immediately.

Wyatt returned to the silence of his large office and slightly lowered his head like he was ready to sleep. He had seen some fine days, he thought to himself weary, before raising his head again. After agreeing with himself, he said, “And that’s the way it was.” Wyatt worked hard and lived happily ever after in a place he believed was a little piece of heaven. He loved Saskatoon and he was passionate about traffic. And he loved Bonny, a pretty wonderful woman and bus driver who had brought him to a place where dreams really do come true. He smiled before taking out his new dentures. From many people's strengths was a rugged land and happy home that made him proud. Grabbing a tissue from a small Kleenex box on his desk, he released a giant booger before wiping  away happy tears from his eyes. 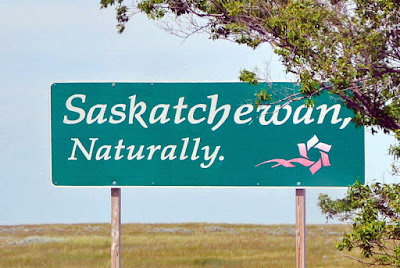