Check out blogs happening around you for Traffic History Month! 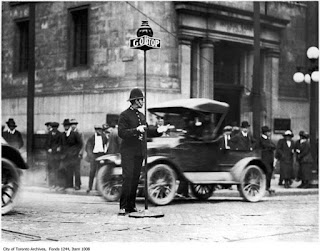 February is Black History Month, but few know that we also recognize Traffic History Month. The traffic remains black and white for young adult motorists. The evolution of traffic lights, high-tech cameras and enforcement make good roads safer. The issue of safe driving needs more energy to strike a chord in the hearts and minds of sober drivers whenever taking to the open road. How Is The Traffic On Brant Street? And why is it important to preserve the highest values of road safety? It's important because following the rules of the road can save lives and getting daily updates on road conditions can keep you informed. What if traffic means many different things to many different people. That's alright. There literally is good traffic and bad traffic, but don't judge and keep Truckin' on.

traf·fic
ˈtrafik/
noun
verb
Traffic History Month includes celebrating road construction. Without new work to roads, there would be potholes everywhere. The month wouldn't be complete without recognizing your local traffic channel and traffic man or traffic woman delivering the goods. The Midnight Traffic Report could really actually happen in theory, so just be grateful you're not stuck delivering traffic at some ungodly hour of the night or early morning. There's a new short story connecting you to the industry and the world of traffic:

Posted by Richard Tattoni at 4:09 PM