The Edge Of Reality: Can't You Smell That Smell? 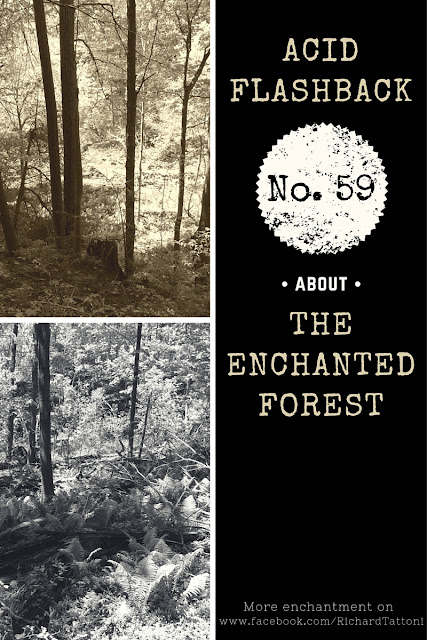 Credit Valley Footpath was quiet and I was quietly lost in the middle of nowhere and there was nobody and it was awesome. All of a sudden, a tree started talking to me. What the fuck? I wouldn't talk back to it and it wasn't Skedaddles the Cat, but wow, it was a fucking big ass tree staring at me with wooden eyes. Looking down at me, it wouldn't leave me alone. Its leaves were huge, tree trunk enormous and round with roots spreading out, dominating the forest -- there was nowhere to hide.

The tree said to me, "You don't have the credit to be in the valley of my footpath." The tree was right. I had blown my savings on Amazon, betting on Indian sports teams, Nyquist as the Triple Crown winner and NyQuil. I wanted to go home, but I was curious about the talking tree.

"How did you know that?" Maybe the tree put on a suit and tie and worked at RBC when nobody visited him. Everything was trippy.

"I've read your diary," the motherfucker echoed. "You're a poet." Shit, I had Lionheart Leaks and unreleased installments. It was worse than the Sony cyber attack. I was going to sue his goddamn wooden ass.

The tree grew a second face with three eyes bugging out at me, another mouth formed under its two noses and it grew nine branched out arms. It was the most wood that I had ever seen. It tossed my diary at me with two of his hands. His third arm reached out and grabbed a fat joint underneath a log. Buddy was into the herb and Indians.

We got to talking about Indian teams; and I remember there was mist, but it quickly lifted and soon it was replaced by marijuana smoke. I was inhaling smoke or native vapors released from funky flowers, big leaves and extracts of cannabis. The tree was toking up, blowing the smoke in my fucking face and triggering my fucking flashbacks. I started talking about Indian sports teams and he told me about his teepee. He called it The Teepee Of Life in his Enchanted Forest -- and my fucking nightmare. Losing focus, I almost thought that I was asleep and couldn't get out of bed. High from a mixture of beer and NyQuil I had taken the night before, my head started to spin from the smell of incense. I started to get trippy mad at the retarded tree; louder and heavier than the entire Washington Redskins Offensive Line on steroids, he was arguing with me about Indian sports. The ginormous tree was frantic. Leaves were flying around in every direction, leaf membranes started spitting mucus in my face. I wiped my eyes of tree slime, but the bastard tree wouldn't stop shouting. The fucking tree was trying to tell me that there weren't enough Indian teams in all of sports.

Buddy rolled another joint. I took a mean piss on his ugly roots. It felt good to relieve myself and I wanted to piss off the tree. The tree tried to grab me with his arms. Wood was flying everywhere, but I escaped. I started running away. Stopping once to look back, the tree turned around and mooned me with his wooden ass. His deep crevice spat out birch bark, but I was beyond his teepee and the edge of the magical, enchanted forest filled with giant mushrooms and eleven-leaf clovers.

Posted by Richard Tattoni at 2:27 PM