“A foolish heart will call you to toss your dreams away, then turn around and blame you for the way you went astray.” ~ Grateful Dead 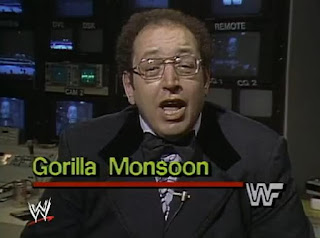 Happy New Year! I'm writing during a time in the holiday season where I'm not sure what day it is. If 2015 was called my year of Lionheart, then 2016 is the year of the gorilla. My New Year’s plans include studying Gorilla Monsoon, since I really can't climb the Empire State Building this year. I lost my company in 2015, but I want to wish my dear, dear friends a happy new year with lots of online shopping. Despite the really freaked-out, freaky-cool flashbacks of old WWF Wrestling and Lionheart Entertainment, it’s been a great year for Lifestyles of the Richard and Famous. We're going to a New Delhi next year when my wife is ready to go grocery shopping. Fortinos is getting boring and not as culturally diverse.


You might think that I’m writing another random blog, but I want to promote traffic and become responsible for less traffic accidents. The Great Beyond is where I’ve been giving you my heart and soul. This is a great place to create awareness on the issue of the craziness of traffic. I invented the idea of photo radar before Bob Rae started selling his concept of the idea on the campaign trail before it was first introduced to South Ontario in 1994. When you hear stupid stories like a giant monkey tries to cross the highway and causes a large traffic jam, remember live traffic cameras are watching you whenever you’re driving, so drive safely. Traffic is always evolving. I created the idea of a Traffic Channel and I want to share my passion for traffic in the next blog. My next big idea is turning the Traffic Channel into 11-D, or something way better than 3-D, where trucks are popping out of the TV screen while you’re watching your favorite station with sponsorships from Esso, Petro Canada and Mr. Lube. Stay tuned, because starting on January 11, 2016, I'm releasing the first installment of The Midnight Traffic Report for The Great Beyond.


Truckin’ is a song by the Grateful Dead, which first appeared on their 1970 album. Lately it occurs to me, what a long, strange trip it’s been….

Posted by Richard Tattoni at 1:15 PM