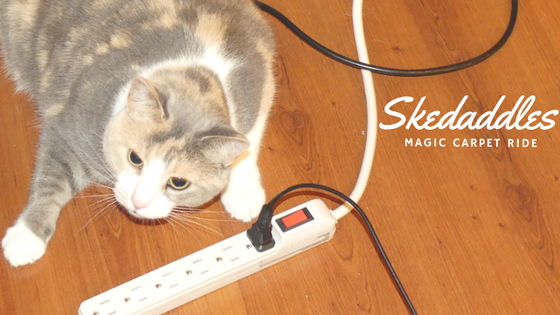 It was pure horseshit. But sometimes, you don't want to hear it straight from the horse's mouth. Staring out the small window in the alcove adjacent to the tiny kitchen, broken, unfocused thoughts scrambled through my mind. They came to Burlington looking for Vermont and fucking found Canada instead. They came in long limousines and in small sports cars and in over-sized SUVs. Many of them were tanned and wore cool sunglasses, never removing them and showing their eyes. Their dark skin was covered in suits and shades, and funny smiles and stupid scowls. They came in all sizes and shapes, all ages and creeds. They were larger-than-life rock stars wanting more. It was never enough for them.

My distorted image of the music industry quickly raced in and out of my mind, and then everything stopped. I stood still; holding it in, piss-mad and needing to take a mean leak. I needed to scurry down the small flight of stairs to the small bathroom. Skedaddles was my cat. I glanced at him or her (actually unsure the gender of the cat). Surrounded by the dull, unpainted walls, turning away from the window, cat bowl and garbage bin, I raced out into the hall and down the stairs and went to the toilet. Relief. Everything was good, while I raged at the ugly reflection of myself in the toilet bowl, before letting it all out and pissing out the anger.

When I made my way to the living room, the fucking friendly cat followed me and crawled into its cat box in the corner of the dark room. I had turned off the annoying light. I walked over to turn the music on and saw a black bug on the top shelf. I admired the big black bug with its legs crawling down the shelf. The bug made me happy. I would stare at the ugly bug before turning away and grabbing the remote control from between couch cushions.

My HDTV was black. I never turned it on. My Bose stereo was where I replaced life with the sound of music. It got loud then louder, but what was really cool was the high frequency sound. Skeddadles! The cat was trying to get closer. Maybe he/she wanted to dance. I was all alone. Maybe he/she wanted me to talk. I was playing Magic Carpet Ride and it was nodding at me and looking like it was time to get into a happy groove. These were happy times, I thought.

“Did you  know Steppenwolf released the earliest heavy metal known to man?”

There was nothing, but the sound of music, as the cat stared into my dull eyes. I still couldn’t tell if it wanted to dance or listen to my stupid questions, or maybe not answer, and just look dumb. It turned slightly and looked up at the fluorescent light in the kitchen.

“Did you know Dark Side Of The Moon was released years before I was born?”

To this, the furry feline looked shocked and moved closer to the power bar. What did it want to do? Did it want to turn off Magic Carpet Ride? Or did he/she want to hear more did you knows almost like I was preaching Nightly News to it and sounding like NBC, or maybe I was lost on the Star Wars Death Star? I was like a void station of useless information. With a bat-face, I watched the cat fumbling through wires with its paws on the verge of electrocution. Acting fast, I wanted the pussycat to listen to me and understand it was time to dance or leave.

The cat stared at me like it was confused or scared. I wanted to pull out a machine gun from my closet and point the gun at it, just to force it to answer the questions and dance like a good pussy. It stared at me more intensely with wide eyes filled with fright.

“I’ll tell you the best science fiction ever told to man, if you just dance for me.” I smiled and cranked Magic Carpet Ride louder. I was in a mighty fantastic mood, but the pussycat was indifferent. Nodding and then turning away, and then turning towards me again, he/she moved closer, but didn’t dance. Skedaddling off the carpet, it went back to its cat box, and buried its head and went to sleep. It didn’t move and almost looked dead. I never played Magic Carpet Ride again. Ever. But I would take some of the credit.

That’s when I realized boring, dependable guys can sing a cat to sleep.

But it never listened. 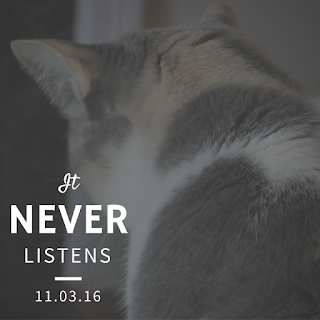 Posted by Richard Tattoni at 4:30 AM