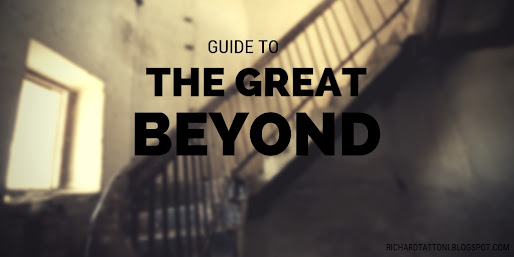 You've landed in The Great Beyond. I'm your tour guide. Nothing beyond you. That's a joke. A big year for the annual Cougars Eating Urine Popsicles party. It didn't happen. The church is quiet.

Lean into the world outside of the church, and music is the window into the world beyond. For years and years, Led Zeppelin's "Stairway To Heaven" has been the most-played song on most rock radio stations, both locally and nationwide. Towards the bitter end of the Technossance, alternative radio formed, a comic music magazine emerged and there was change. Lesser-known Led was re-discovered. Earth sweat, AC/DC rocked, music moved me and literature re-popularized itself 'til the end of time. Amen.

It's a great world after all. 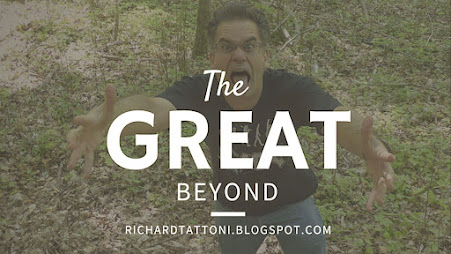 Posted by Richard Tattoni at 11:28 AM